The rise and rise of 3D printing 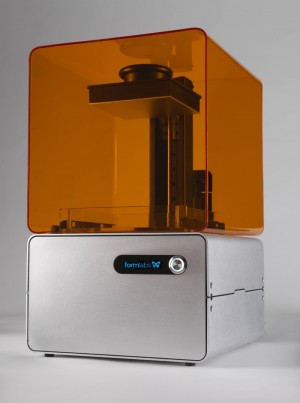 We’re no strangers to the usefulness of 3D printing here – it’s used extensively by us to prototype new cufflink designs and plays a significant part of the process to produce the cufflinks in silver. The advantages of 3D printing to us are huge; it’s quick and relatively cheap to create highly accurate models of the new cufflinks direct from computer models so changes are easy to make and a new prototype can be with us in no time.

3D printing has been used for years by design professionals to prototype new designs, while more recently 3D printing has been used to create end products with small production runs, and custom one-off designs. In the last few years new cheaper printers have emerged showing that there is a demand for small studio and home printers. The first of these were from the likes of RepRap and MakerBot with their inexpensive lower-res machines, but it is the next generation of relatively inexpensive machines that we’re finding exciting such as the FORM1 from Formlabs which has proved to be massively popular though Kickstarter, and rightly so as it not only looks good but is also capable of printing with impressive levels of detail.

We’re left wondering who these machines are going to be used by – professional studios, the amateur hobbyist, or end consumers wanting the latest gadget? Is this the start of seeing a 3D printer in every home, or will it remain a sizeable but niche manufacturing technique?

There is no doubt that this next generation of 3D printers will continue to fuel creative design and enable more small designer/manufacturers to bring products to market, but will we also see printers in every home turning out that impossible to source spare part for an obsolete machine or the latest products from leading designers? Of course 3D printing doesn’t guarantee good design as it’s as easy to print off a sub-standard design as a great design.

It feels like we’re right at the start of a big change in manufacturing so we’re looking forward to seeing where it all heads. Maybe one day our silver cufflinks will simply be printed on demand requiring no finished stock to be held and allowing each piece to be tailored exactly to the specification of the customer. Exciting times.